Should playing conditions be considered when determining your handicap?

Many golfers are frustrated by the way their handicap is calculated.

Should playing conditions be considered when determining your handicap?

Scottish Golf’s chief operating officer has said that the adjustment for playing conditions when calculating a golfer’s handicap in the World Handicap System (WHS) may be updated.

Speaking about feedback for the WHS in The Scotsman, which was globally introduced over a year ago, Karin Sharp said comments about it have dropped off as people have become more familiar with it. However, she added that one area that remains contentious is playing conditions.

The current system doesn’t take into account how difficult or easy it is to hit certain shots on different courses and some believe this should.

“As people have started to understand the system and how it all works, the number of inquiries about WHS dropped off at the tail-end of the playing season,” she said.

“A key thing being looked at across the home nations is the Playing Conditions Calculation (PCC), which is the adjustment for the playing conditions.

“A lot of feedback we’ve had was about having a ridiculous wind or weather conditions that would have historically been the Competition Standard Scratch (CSS) adjustment and that’s not been quite so prevalent under WHS.

“That’s one of the calculations that is being looked at through CONGU, which is the four home nations, and The R&A.”

Referring to Scotland, he added: “Across Great Britain and Ireland, we are probably the strictest, if that’s the right word, when it comes to handicaps.

“You couldn’t put in a score before unless it was in a competition whereas around the world everything is way more relaxed as to how people submit scores.

“The big change for us was the general play side and over 25 percent of the scores returned now are general play. I think it’s something like 430,000 have come in in the last 12 months.

“We have always put a very high integrity on the rules around submitting a score for handicapping, if you like, and we have to maintain that.

“In the home of golf, it is held in high esteem as to the value of a handicap and the fact it is accurate.” 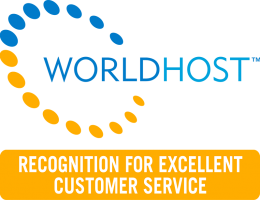